The establishment of Khyber had been started since 1520 under different Mirs of Hunza, I would like to mention few lines of history of Village Khyber, it is situated upper part of Hunza called Gojal or Heber, the Gojal inhabitants sources of income had been remained on cattels grazing, their livelihood totally depends on Galabani/herd and little cultivated lands, they had been  shifted their cattle’s from one place to another places one of them is Khyber, one tribe called Saksamalcame with their cattle’s /herd and had lived mostly at ShowzrabNalla their place of residents and some cultivated land symbol are there, by Showzrab’s right side the sakamall tribes from BoruothBugh site by the help of spring water source they had constructed channel and cultivated some lands atquzthe symbols are existing there, different kinds of trees and mostly Junappers trees were there, but due to storm/flood mountainous range stone  blocks had destroyed the area.  We don’t know the sakamall tribes were Kirghiz or Tajik, anyhow their symbol of graves still exist in the area, that is why village Khyber’s name had been remained Sakamall for long period,  few places name end of the words are called Mall for example sici mall and boy-mall etc.  After them, about 15 century 8 persons had shifted to village Khyber from Gulmit Gojal Hunza viz Shams Fall , Muhammad Zammoon, Poyeendah, Rozi Ali, Boy-Mall, Mirza Qunth, and Baher had been included and they had been constructed quz channel and had started cultivations remained for some years, but due to rough weather and un-stabled channel they had left village Khyber except Baher and his sons had remained for forever in village Khyber. Their summer pasture land had remained Loopghar since then the  Baher’s families  and other residents of village Khyber had gone to Loopghar summer pasture land continuously till now.   Lateran Mir of Hunza brought different tribes from different places of Hunza, Ghulam Shah from Garilt Hunza, Muhammad Sakhi and Muhammad Sabir from Passu, Hasan Baltit Hunza, Akber Ali and Kulbi Ali fromGarilt Hunza.  Therefore there are seven tribes in village Khyber,  the inhabitants of village khyber had been paid 11 kinds of taxes to different Mirs of Hunza, the Mirs had bound to provide cultivated lands and uncultivated lands, plus winter pasture lands and summer pasture lands to the inhabitants against paying 11 kinds of taxes and every village of Hunza had been demarcated from mountain to the Hunza river with property rights by the then Mirs of Hunza.   Village Khyber’s boundry had been demarcated from Village Passu boundary to Village Ghalapen boundary with property rights by the Mirs of Hunza.  The inhabitants of Village Khyber Gojal had/have been paid Taxes/Malia of 11 kinds to Mirs of Hunza since 1520 to 1974againest individual and collective lands.During Asian times the silk route passes through Village Khyber the Caravans  and Ambassadors with their staffs had used this route from Room, Italy,Europe, UK , Fares/Iran, Middle East the whole world had gone through this Silk Route for purchasing Silk, Papers etc.,from China and had sold their goods to China also. The Hunza side passes had been crossed through by caravans are Clik, Mintaka and Khunjarab.  That the Miri Nizam had been abolished by Zulfiqar Ali Butto in the year 1974 Malia and Jagirdari Nizam had been also abolished. The government introduced Cilvil, Criminal, Muhamman law / Inheritance laws in Northern Areas (GB) of Pakistan and had been established Civil , Criminal, Family courts in Northern Ares (GB)of Pakistan. 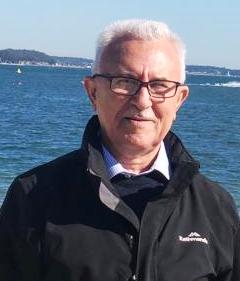